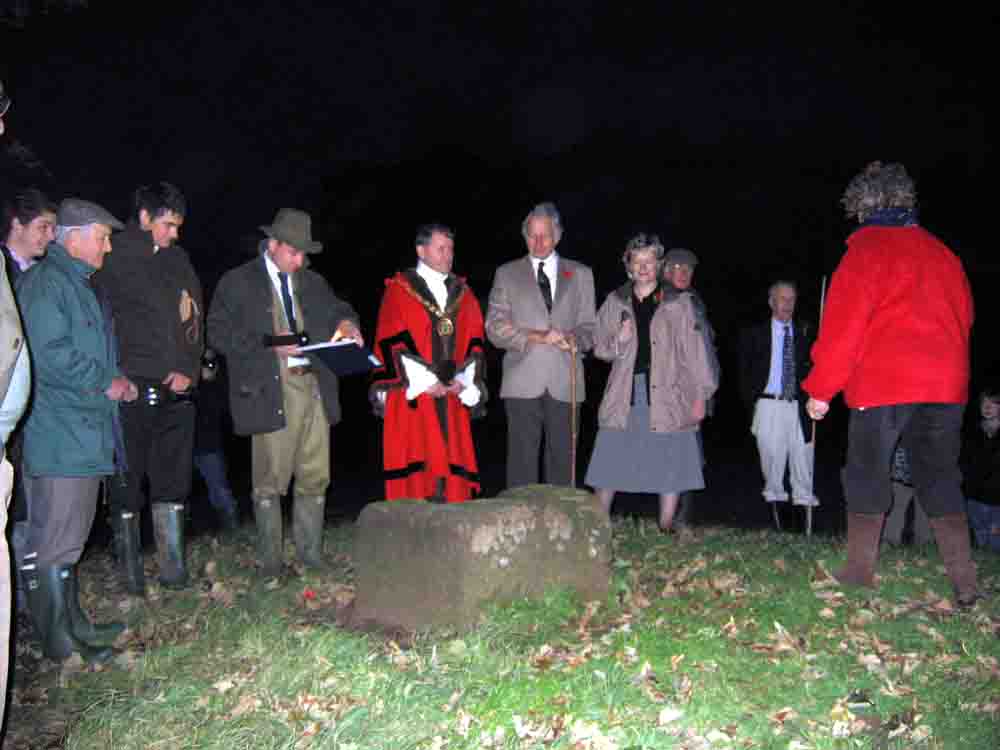 At the stone before dawn (before 6.45 am). Christopher Sparrow, the Agent, to the left of the Mayor of Rugby, with his assistant just behind. A clear frost free morning. 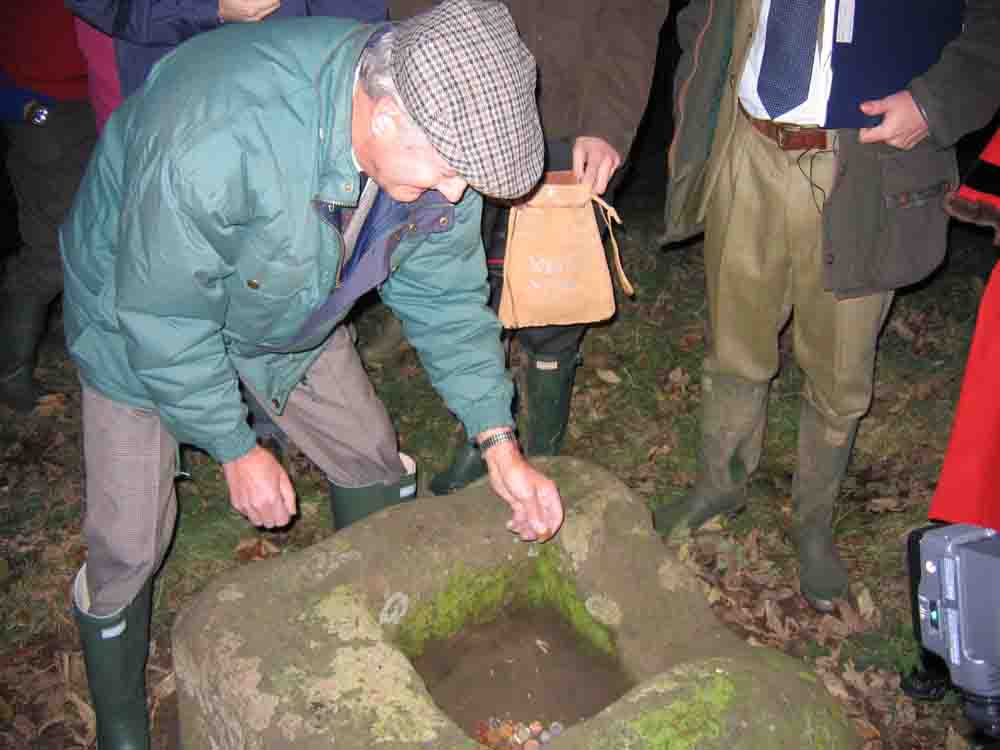 David Eadon retrieving the money from the stone, to be put into the leather bag being held by the assistant to the Agent. 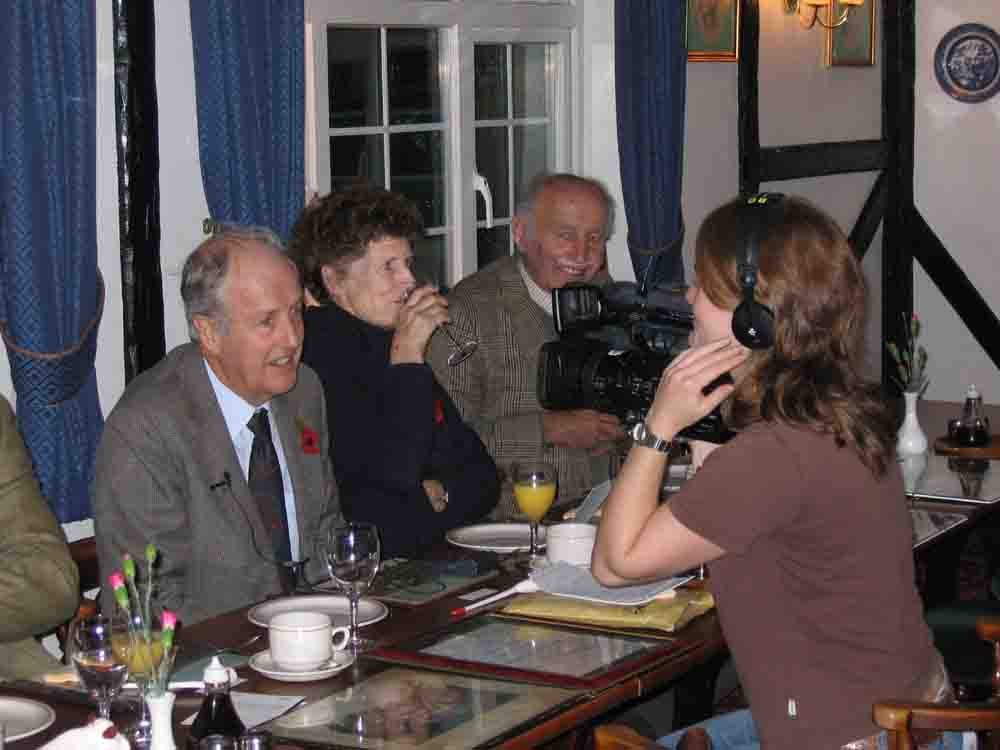 David Eadon being interviewed for the new local BBC TV station.Due to become live in December. [ link to be added] The Mayor of Rugby Councilor Richard Lane proposing a Toast to His Grace the Duke of Bucchleuch, to be drunk with hot milk and rum.
Left to right; Susan Whitby, companion to Ian Wright, a local councilor; The Mayor, Councilor Richard Lane; Christopher Sparrow (Agent to His Grace partly hidden); David Eadon at his 68th ceremony; Judith Eadon, Richard Postlethwaite (Farmer and tenant of the field). 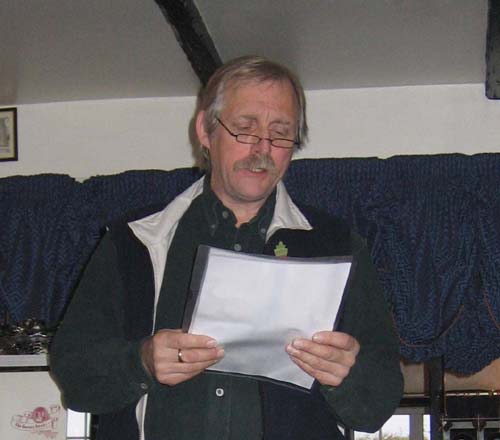 One of our traditions is that we have a poem or song. This year Doc Rowe added a tune to our traditional first poem written in 1950 by Victor Neal. 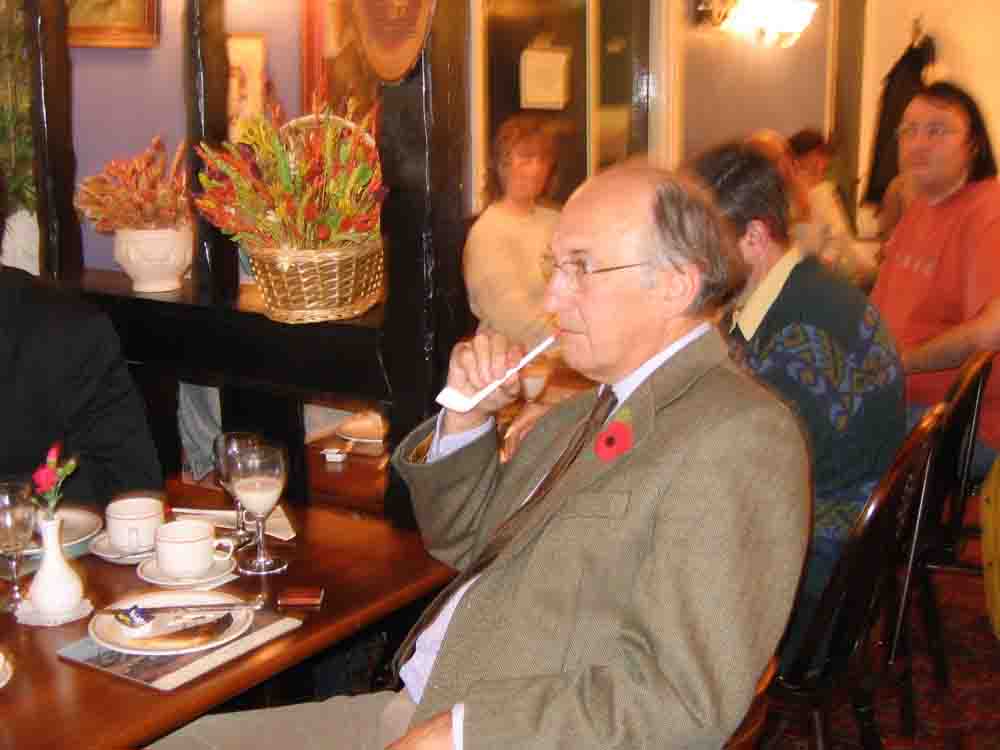 And after the Loyal Toast some relax with a smoke of a churchwarden pipe (Everyone is given a pipe and tobacco - although not everyone smokes it!)